My final contribution to the Sisters in Crime 25th Anniversary Challenge is a post about Helene Tursten, who (hurrah!) is being translated into English once again. I’m reposting here what I wrote on my personal blog.

My final author for the Sisters in Crime 25th Anniversary Challenge represents for me a kind of women’s writing that I enjoy and sometimes don’t appreciate enough. These are series of books about working women who balance their home life with a difficult and demanding job, who are quietly professional though sometimes have to do a little more than their male colleagues – and bite their tongues at times, who bring compassion with them when they go to a crime scene, and who carry on case after case. They tend to operate in a fictional world peopled with characters and settings drawn on a human scale, rather than running a marathon through high-concept plots with lots of drama and gore. They don’t have a lot of angst because they have work to do and families to go home to. They are a lot like us, only more interesting.

I am so pleased that Soho Press is releasing another book in Helene Tursten’s Irene Huss series set in Göteborg. The series began in 1998 with Detective Inspector 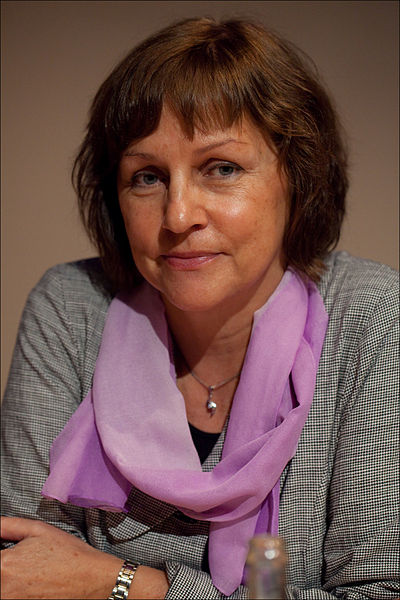 Huss (published in English five years later). Translations of two more books in the series – The Torso and The Glass Devil – were published in 2006 and 2007. Then nothing . . . until 2012. Night Rounds, the second book in the series, will come out in English this March.  As anyone who enjoys reading translated series knows, we often have to be detectives and assemble characters’ lives from what we can gather after the fact, putting together the series arc like a puzzle. Can I hope that the next five books in the series might someday be translated?

Night Rounds draws on Tursten’s life experience as a nurse and is set in a private hospital where a power failure leads to the death of an elderly patient in intensive care. The ICU nurse has vanished and is later found murdered, sprawled over the failed backup generator. One of the staff reports that she saw a figure on the grounds just after the lights went out: a woman dressed in an old-fashioned cape and cap. She is certain it is Nurse Tekla, who hanged herself in the hospital attic in 1947. All of the staff know the story, and many believe they have seen glimpses of the ghost before.

As always, Irene investigates systematically, teasing out the relationships of the hospital employees and tracking clues into the past. Her workmates operate as a team, with occasional sparks. A young female detective is being harassed by a colleague who sends anonymous pornography; when he’s caught, he’s merely transferred and Irene finds herself trying to mentor the young woman, who isn’t inclined to bide her time or bite her tongue. There is a sympathetic portrait of mentally ill homeless woman who lives on the grounds of the hospital; social issues – racism, family dysfunction, the sex industry – are present in all of Tursten’s books, though never didactically.

And as usual Irene’s family plays a secondary role in the story, as one of the detective’s twin daughters gets involved in the animal rights movement and finds herself in over her head with activists who are willing to use violence to make their point. One of the real pleasures of this series is the interludes of ordinary family life. Irene is happily married (to an even-tempered man who is an excellent chef! perhaps that’s a bit of wish fulfillment) and has two children who get up to the usual drama that adolescents go through. There’s a nice balance in the books of police work and everyday life, without too much domestic detail; just enough to give readers a realistic and engaging portrait of a capable detective who has a life outside the job.It’s refreshing to encounter a detective who doesn’t flinch from the grim realities of police work but still manages to be present for her children and keep a firm hand on her own emotional tiller. In many ways, this portrait of a woman police officer is a feminist one, demonstrating the way a woman can be herself in a traditionally masculine culture.

The Swedish television series starring Angela Kovacs , made by the ubiquitous Yellow Bird Studios, is quite good, though its dramatization of The Torso seemed to me far more graphically gruesome than the book. My favorite aspect of that novel is the contrast drawn between Danish and Swedish cultures, particularly in terms of attitudes toward the sex industry. I’m not sure what Danes think of it, but it shed a lot of light on Swedish attitudes for this American reader.

Now for the part that has turned out to be much harder than I expected – three women writers who are in some way similar:

By the way – it’s not too late to enter the Challenge. The firm deadline is “whenever.” I will be rounding up various contributions to the Challenge soon, but can add in others as they appear.