The latest issue of Revewing the Evidence includes some tempting new mysteries. Be sure to check it out. Meanwhile, with the kind permission of RTE’s editor, is a repost of my latest review – a newly translated entry in the Swedish police procedural featuring Irene Huss.

Helene Tursten’s police procedural series, set in Göteborg, Sweden’s second-largest city, does a good job of straddling the line between dark, gritty realism and a more lighthearted and hopeful view of the world. That balancing act is featured in the latest of the series to be translated into English, first published in 2007.

The port city of Göteborg is trapped in a particularly nasty winter storm when two delinquents, joy riding in a stolen car, strike and kill a retired policeman. As the police pursue the fleeing pair, they find the car abandoned and follow the trail into the woods with tracker dogs, who alert to a root cellar. When they open the doors, they find something unexpected: the body of a young girl, sexually abused and strangled. She seems to have been a sex trafficking victim who had reached the end of her exploitable life. The two investigations are full of open questions: who stole the car? What was “Muesli,” the retired police officer who’d earned a reputation for being boringly unremarkable, doing on that street in the night without his coat? Who was the girl whose body was accidentally discovered on the same night as Muesli’s hit-and-run, and what is behind her tragic, sordid fate?

As readers have come to expect from Swedish crime fiction, the plot exposes and explores an unsavory aspect 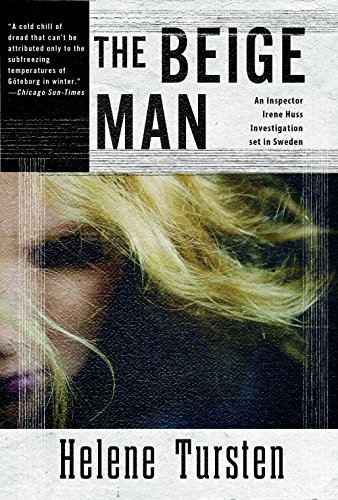 of contemporary life in Scandinavia. Detective Irene Huss learns more than she ever wanted to know about a brutal international trade in sex slaves. The girl whose death she investigates (nicknamed by the team “the Little Russian” because she has no other name to go by) appears to have been brought to Sweden by a criminal gang moving girls from one country to another with false passports, never staying in one place long enough to be caught. This particular victim had been suffering from a serious infection and, no longer able to perform, had been disposed of like trash. Irene follows a lead to Tenerife, where she finds it hard to distinguish between criminal gangs and law enforcement authorities. Long-time readers of this series will recall other times when investigations have lead Irene abroad, offering a contrast between societies as well as a chance for Irene to get into real trouble.

As Irene peers into the darker depths of human behavior, she also faces challenges at home. Her daughters are leaving the nest, her elderly mother is unwell, and worst of all, her beloved dog Sammie is nearing the end of his life. These domestic threads are the weft of the series, holding stories about violence together in a reassuring and refreshingly ordinary domestic pattern. This may be drawback for readers looking for a high-tension story arc, but this intricately-plotted mix of light and darkness connects serious social problems to a world that looks very familiar, making those issues more unavoidably real.