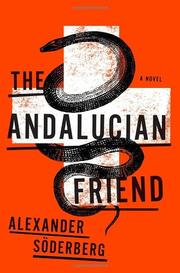 It’s official: The Petrona Award for the best Scandinavian crime novel of the year has announced its very first shortlist and judges. The finalist will be announced at Crimefest.  From the press release:

The Petrona Award has been established to celebrate the work of Maxine Clarke, one of the first online crime fiction reviewers and bloggers, who died in December 2012. Maxine, whose online persona and blog was called Petrona, was passionate about translated crime fiction but in particular that from the Scandinavian countries.
The shortlist for the 2013 award, which is based on Maxine’s reviews and ratings is as follows:
PIERCED by Thomas Enger, tr. Charlotte Barslund (Faber and Faber)
BLACK SKIES by Arnaldur Indridason, tr. Victoria Cribb (Harvill Secker)
LAST WILL by Liza Marklund, tr. Neil Smith (Corgi)
ANOTHER TIME, ANOTHER LIFE by Leif GW Persson tr. Paul Norlen (Doubleday)

The judges are an erudite and very well-read group – Barry Forshaw, Kat Hall (aka Mrs. Peabody), and Sarah Ward. Find more about the award at Petrona Remembered.
Sarah Ward reviews Sjowall and Wahloo’s The Locked Room at Crimepieces. It’s the eighth in the series and perhaps not the strongest, but Sarah enjoyed the sly ending. She also reviews Leif G. W. Persson’s Linda, as in the Linda Murder, which features Evert Backstrom, who is “compelling and abhorrent. Sexist, racist, homophobic, facetious, work-shy, dismissive of his team . . . and very, very funny,” making her predict readers will either love or loathe this unusual novel.

Jose Ignacio Escribano offers a bilingual review of Anne Holt’s The Blind Goddess, which was the first in the Hanne Wilhelmsen series, though he points out there really are multiple protagonists, rather like the Martin Beck series (a very interesting parallel). Originally published in 1993, this novel won the Riverton prize as best Norwegian crime novel of the year.

Glenn Harper has some good things to say about Lars Kepler’s The Hypnotist, and some criticism, particularly of the flashbacks that bog down the pacing and some cliched characters.

Bernadette reviews Mons Kallentoft’s second seasonally-themed procedural, Summertime Death, and reports that the weather is frightful – hot, muggy, and very well-depicted, as was the cold in the first book. However the novel doesn’t score as well on plot, character development, or plausibility and the inclusion (once again) of voices from beyond the grave doesn’t help.

She fares better with Arnaldur Indridason’s Black Skies, which uses the sidekick Sigurdur Oli as its main character, with Erlendur off somewhere for reasons unclear. Though Sigurdur Oli is a pretty average bloke, he turns out to be quite complex – as does that plot, which appears fairly straightforward until you try to summarize it, at which point the author’s narrative skills in layering lots of material without cluttering things up becomes apparent. (I so want to read this book!)

Col (who has decided to review at least on Scandinavian mystery a month – hurrah) has high praise for an earlier book in the series, The Draining Lake, which does a good job of layering stories from different time periods.

Col adds Stieg Larsson’s The Girl Who Played With Fire to his criminal library and gives it mixed marks, with the action-packed second-half making up for a slow and plodding start. He liked it enough to read the third.

NancyO reviews Helene Tursten’s The Golden Calf, which she felt was a bit disappointing in the end, though the pacing and the character of Sana, a spoilt child-woman who doesn’t help the police figure things out, was well drawn.

Raven Crime Reads also has review of the book, and now plans to catch up on the earlier volumes, having found it a well-crafted procedural that is less gloomy than many Nordic novels.

Harry Hole gets around. There’s a review of The Phantom in the Philippine Daily Inquirer by Ruel S. De Vera, who finds it darkly intoxicating.

Marilyn Stasio of the New York Times was not terribly impressed by Alexander Soderberg’s The Andalusian Friend, which she thinks might have been amusing if written by Donald Westlake rather than treated seriously.

The New York Public Library has a roundup of the usual suspects of Nordic crime fiction, with links to audio pronouncing names that I know I mangle often enough. Especially Sjowall and Wahloo! (Hat tip to Sarah Ward.)

The Guardian reports that a series based on Arne Dahl’s Intercrime series will be broadcast in the UK by the BBC. Let’s hope this will spur on translations. It took years and years for Misterioso to finally appear in English.

Bitch Magazine has an interesting article by Soraya Roberts on the Scandinavian-feminist take on the standard tropes of film noir, including in her analysis the Millennium Trilogy, Forbrydelsen (The Killing), Borgen, and Bron/Broen (The Bridge).  She concludes

The importance of noir heroines like Lisbeth Salander, Sarah Lund, Saga Norén, and Birgitte Nyborg Christensen is not only to put women on an equal footing with men—we can be just as work obsessed and as socially inept as you—but, more important, to change the traditional view of women as victims. By updating the women in noir from sex objects and victims to protectors—of both women and men—Nordic noir series are setting a precedent for other genres to accept. If the trench coat fits, a hero is a hero regardless of gender.

An article in Slate by techno-skeptic EvgenyMorozov tipped me off to an intriguing website that eschews algorithms and instead asks various prominent folks for their book recommendations, humanizing curation and perhaps doing it better. FiveBooks asks Jo Nesbo which novels he recommends and the answers are interesting (and not what one might expect. Or perhaps even find particularly rewarding in every case. Rivington, for example, is … well, for example may be exactly how to put it, as an important historical contributor to Norwegian crime whose stories, according to Nesbo, very much reflect the tastes of his time. (NB: quite a few of us use humans as curators. I suspect most readers are far more responsive to and satisfied by “you might also like” statements when they come from friends.)