Time to blow the dust off and post something here. I’ve been under the weather (hello, endocrine system! I didn’t even know you were there). I’ve been reading a lot – just not up for writing reviews. Rather than try and catch up with full-scale reviews while relieving ARC-guilt, I’ll simply share some quick impressions of some of the books I’ve read. It won’t do them justice, but otherwise I’ll never catch up. I’m putting a * by the ones I enjoyed the most and warning you that there’s a rant ahead. 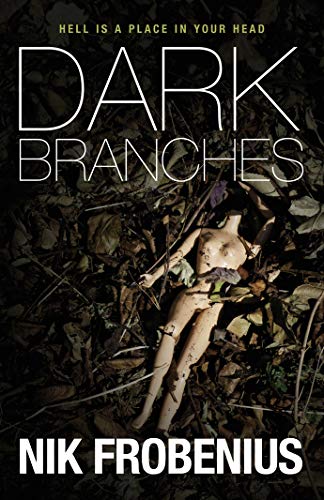 Dark Branches by Nik Frobenius
This Norwegian novel of psychological suspense is narrated by a writer who has stretched himself to write an autobiographical novel that exposes aspects of his past that previously he’d kept hidden. As soon as the publicity for the new book begins, he gets a newspaper clipping in the mail, unsigned, about the school fire that inspired his novel. Then his daughter’s doll is mutilated and a strange voice on the phone tells his wife the author is having an affair. Things don’t improve from there. The story is moody and dark; the narrator is not a sympathetic character, which makes it even darker, as the past he’s used for material comes back to haunt him. This nicely produced Sandstone Press book was translated by Frank Stewart.

*Open Grave by Kjell Eriksson
This claustrophobic character study may not be the best choice for readers who like action and puzzle-solving, but if you take the time to savor it, it’s very good. An elderly man living in a prestigious neighborhood has just received news that he’s going to receive the Nobel Prize for medicine. We soon learn that he may not actually deserve it, and in any case he’s a mean, demanding, self-important tyrant of his own home. The demands he puts on his loyal elderly housekeeper, the third woman in her family to work for this wealthy family, is reaching the end of her tether. In some ways this is an inside-out mystery. The series detective, Ann Lindell, appears late in the book, and so does the crime. What’s fascinating is to watch this highly traditional household slowly unravel. Translated by Paul Norlen.

The Intruder by Hȧkan Östlund
Though Swedish crime fiction is typically associated with social criticism, there’s quite a lot of it that situates fairly outlandish crimes arising out of family secrets or tortured relationships in picturesque tourist destinations. Sometimes they’re very good – Johann Theorin has written some cracking stories. But often they’re not particularly realistic or insightful and the setting feels very far from contemporary Sweden, a kind of golden age Sweden with home-grown monsters to slay. This second book in a series set in Gotland (after The Viper) involves a family living on an isolated island off Gotland that begins receiving threatening anonymous letters. The investigation exposes a marriage that isn’t ideal. I couldn’t find much to recommend this novel and it relies on breaking faith with the reader in a way that I can’t describe without a spoiler, but it’s been on every “rules for mysteries” list since S. S. Van Dine. I don’t blame the translator, Paul Norlen. He did his job perfectly well.

The Drowning by Camilla Läckberg
As much as I was underwhelmed by the previous book in this list, I actively detested this one. Family secrets and a horrible crime on a scenic island populated by Swedes who lack the diversity and complexity of contemporary Sweden – we’re in the heart of don’t-pay-attention-to-social-issues Swedish crime, which is enormously popular. Every irritating gimmick this author uses is turned on full blast. The backstory told to readers at length, but not known to police. Nearly every terrible thing a human being might do can be traced to bad mothers. Highly traditional gender roles between an earnest copper and his I-just-can’t-help-myself amateur sleuth wife, who has traded post-natal depression for being pregnant with twins. I know, next time let’s go for triplets! The amateur female lead withholds information from her cop husband, both of them withhold information from the reader, and a solution to the mystery is ripped from a 1970s soap opera. For dessert, may we offer you a completely manipulative cliffhanger that has nothing to do with what went before but is a teaser for buying the next book? It may come as no surprise that I won’t be reading any more in this hot mess of a series. To be fair, millions of readers worldwide love this

stuff. I just found this overlong book (476 pages) had everything I don’t like about this series on display and nothing that I could praise other than the better-than-it-deserves translation by the talented Tiina Nunnally.

*The Treacherous Net by Helene Tursten
Now we’re back on solid ground. This latest in a reliable police procedural series combines a realistically grounded and competent female detective, Irene Huss, working on realistically sordid crimes in Sweden’s second-largest city, Göteborg. In this entry, a young girl who appears to have been lured into the sex trade through internet-based grooming has been murdered, and this murder is the tip of the iceberg. As if that’s not enough to keep the homicide detectives busy, a mummified body is uncovered as a building is being demolished. The two investigations are nicely laid out and we catch up on what’s going on in Irene’s life at home and in the workplace. I enjoy the low-key way this series addresses social issues without too much drama and a non-angsty, non-alcoholic protagonist who resolutely believes that things can be put right by good people doing their jobs well. If Swedish crime has a crowd of gloomy detectives in one corner and a bunch of unlikely crimes in picturesque settings in the other, Tursten plants her flag in the middle: in a place where most of us live. Translator Marlaine Delargy does justice to this author’s straightforward prose style.

*The Drowned Boy by Karin Fossum
A family in a small Norwegian community experiences a tragedy when their toddler son wonders out of house when his mother’s back is turned and drowns in a nearby pond. As usual, Inspector Sejer investigates the incident with his quiet combination of compassion and penetrating skepticism. For someone who usually finds out that terrible things lurk under Norwegians’ smiling exteriors, he is both relentlessly just and deeply kind. In this case, the question is whether a parent may have wished the boy, who has Down Syndrome, out of their lives. This book doesn’t have the strong ironic fabulism of many of the recent books in this series and it has more of a focus on the often gnomic detective’s feelings than usual, both of which struck me as good things. Fine translation by Kari Dickson.

The Hanging Girl by Jussi Adler-Olsen
I’ve enjoyed earlier books in this series, even though the plots involve rather implausibly complicated ways to commit crimes, but this one didn’t hold together at all. A policeman on the island of Bornholm, obsessed by a cold case, uses his retirement party as a stage for his suicide. The familiar Department Q team go to the remote island to solve the case, but the story never comes alive and nobody seems too interested in the girl who is found hanging most implausibly in a tree. There’s over 500 pages of it, too. I don’t see a translator on this advanced reader copy, but I don’t envy him or her the job.

**The Girl and the Bomb by Jari Järvelä
This book was a great find, and I had never heard of this author until he asked if I would care to read an advanced copy. I’m so glad he did. Though Amazon Crossing is producing a lot of translations, they don’t always get a lot of attention. In this case, the book certainly deserves it. The chapters alternate the point of view of a young black woman who feels alienated in the small port city of Kotka, Finland. Her best mate, a gifted street artist with whom she scales heights and spray-paints (aka bombs) the ugly parts of the city, is killed when a group of security guards go after them both. Metro (the somewhat feral girl of the title and a great character) decides to go after the guard who she thinks is responsible. His point of view is provided in the other chapters, and he’s the least guilty of the guards, the one most disturbed by what happened. As time goes on and Metro finds ways to call out the injustice, the small flicker of remorse and shame he feels is replace by resentment and anger. It’s both a psychological study of a man whose moral fiber is disintegrating and a character sketch of an artistically talented but marginalized teen who feels she owes it to her friend to seek justice her own way. The ending is great. It looks as if there will be a trilogy about Metro, if my Google-foo is working, and a film is being made of this one. I’ll be looking for them. Kristian London can take a bow for  his translation.

Three days ago Amazon announced they’ll be spending $10 million on translations in this imprint over the next five years. Heartening news for those of us who want more.