To be honest, I nearly put this book aside more than once. It starts in active mode – a “target” (we don’t learn his name) is followed by professionals (we aren’t sure who they are) who manage, very efficiently, to kill him.

But then we switch to a Swedish diplomatic office, where we meet Carina Dymek, a dedicated, hard-working, always slightly anxious, very ambitious bureaucrat who loves her job which is, frankly, awfully boring. At least, it sounds boring, and we learn a lot about career snakes and ladders in the diplomatic service and what it’s like to work in the offices of the Ministry of Foreign Affairs. Not only does the job seem stiflingly bureaucratic, Carina is so 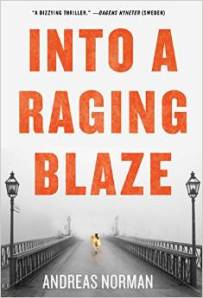 earnest and obedient and such a hard worker – though this is all told; we aren’t really shown why this work appeals to her. (Where’s the rage? Where’s the blaze??) Then she goes to Brussels, and I learned more than I wanted to know about how EU meetings go. (The author is, himself, a Swedish diplomat with a lot of experience abroad; somehow I imagined his life to be much more interesting than Carina’s.)

We do, however, finally get to catch a glimpse of who Carina is when she speaks up for human rights during a discussion of immigration and border security. (Strangely, we are told about this, too – after the fact. It felt like I was being cheated of the first bit of excitement.) But that is a pivotal moment. A man who was at the meeting as an observer catches up with her, asks her to share a meal. He warns her that a new proposal is coming before the EU to create a centralized anti-terrorism intelligence service, and he’s concerned. He gives her a flash drive with some documents on it that he asks her to pass along. She makes no promises, but passes it along to people who she thinks should see it at the Swedish Ministry of Jusitce.

It takes her by surprise when she gets in trouble for leaking a sensitive document, and soon after she’s suspended from work she finds herself in real danger, She can’t understand why the Swedish government is furious that she shared a document with another branch of the Swedish government. Her friend Greger, a computer technician, comforts her and encourages her to find the man who gave her the flash drive and clear her name. Her boyfriend, also a diplomat, is more cautious. Though Jamal is Swedish, his parents left Egypt because of the political situation. 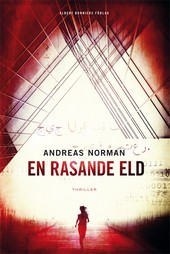 In fact, Jamal soon becomes a concern for Swedish security services and secret service agent Bente Jensen begins to dig into his backgound. British intelligence has information that suggests he’s in touch with a radical Muslim uncle and may be using Carina to set up something truly dangerous. Bente is a bit like Carina – dedicated, hardworking, rather staid – but principled. When Carina becomes the target of unknown agents, she invites Carina to turn herself in to sort things out. By the time that invitaiton comes, however, Carina no longer knows who to trust. The document she hadn’t even bothered to read at first is radioactive, and powerful players don’t want anyone to know that a billion-Euro intelligence service is being secretly launched, driven by hawkish elements in the British government.

What started out slowly becomes a real rocket-ride of a reading experience, and though Carina seems frustratingly naive at first, she soon finds she has to do what she can to get the truth out.  Carina’s situation seems all too real, even if she doesn’t have the spycraft or technology skills of an Edward Snowden.

My recommendation: if you find the opening chapters a bit of a slog, stick with it. It’s a timely, thought-provoking and ultimately exciting experience.

For another opinion (from a reader who enjoyed the first chapters as much as the rest) see Ann Giles’ review of the Swedish original at Petrona Remembered. Thanks to Quercus for letting me have access to a pre-publication copy via Netgalley.

3 thoughts on “Into a Raging Blaze by Andreas Norman, a Review”